The Dumitru Theory of Hobbit Supremacy: A Mixed Message in Lord of the Rings 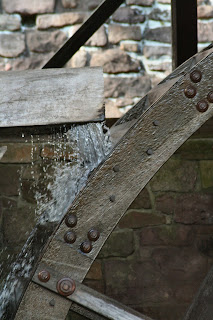 I am an avowed fan of science fiction and fantasy. I spent my youth as well as a lot of my adult life first reading, and then writing high fantasy along with sword and sorcery. That said, I did not grow up with Lord of the Rings. I have not, in fact, read the books to this day. I have seen the films, and that combined with conversations I've had with friends who have read Tolkien is where most of my knowledge comes from.

I'd like to clear the air a bit at this point. I don't like hobbits. I don't find their furry feet adorable, I am not charmed by their prodigious appetites, and at no point in time do I find myself rooting for one of the little country bumpkins to come out on top. I do not view them as lovable underdogs; rather I see them as a bunch of bumblers who don't want to be on a quest, and even worse who have no skills to contribute. They are children playing at adventuring when there are plenty of hardened, combat-tested warriors who have a job to do and who would be imminently more qualified to take on the mantle of main character.

With that said, I still see the tropes and archetypes at work in Lord of the Rings, and I can appreciate them for what they are. The hero's journey, the fight against the great evil, the idea that power corrupts, and even the comparisons between the great war of Tolkien's time and the themes in his stories. I also, like anyone with eyes, picked up on the streak of "industrialism is bad" running through a large portion of LOTR. Mordor is a cesspit filled with rock, smog and slag, and Sarumon's corruption is represented by his breaking a pact with nature and destroying the forest while strip mining the land so he can arm a horde of killing machines to run rampant over Middle Earth. Everything would just be easier, it seems, if people could be content being simple country folk. Just like hobbits.

There's just one problem with that. Hobbits are the most technologically advanced people on Middle Earth.

The Dumitru Theory of Hobbit Supremacy

This is where the Dumitru Theory of Hobbit Supremacy comes in. First proposed by Alex Dumitru, this theory essentially states that in a manuscript with heavy overtones of industry leading to acts of evil and the defilement of the land, the author somehow overlooked that his quaint, folksy, backwoods protagonists are in fact centuries ahead of the rest of Middle Earth when it comes to crafting complicated machines and harnessing some of the more basic elements of modern technology.

Think about the Shire for a moment, what do you see? Quaint lanes with hobbit holes on either side, waterwheels in the creaks, a little farming village at peace with the elements. Hobbits lounging on their stoops, while nearby green gardens sprout, perhaps. Now imagine the rest of Middle Earth. Does anyone in Gondor have suspenders? Or buttons for that matter? Is there a single doorknob in all of Rohan? Is there a windmill anywhere in the whole of the kingdoms of man? Why do farmers with merely human appetites spend entire days doing back-breaking labor to keep their fields when hobbits can be idle nearly all the time and still keep larders that will feed a horde of dwarves? Where does all that glass come from? Or the dozens of leather bound books? Goods only nobles would be able to afford are commonplace in the Shire, and everyone seems to accept that.

It's clear that hobbits don't achieve any of these feats through magic, as they stare around gob-smacked at the idea of elves and the things they've achieved. The wider world appears to be a mystery to them, and their separatist attitudes tends to keep them at home, but it's a home that is cleaner, greener, and which requires a minimum of effort to keep up.

What That All Means

There are a few important questions readers should ask. For instance, do hobbits represent the ideal of industrialization, where everyone can be idle and pursue books and education instead of working all day? Alternatively is what Mordor has become the end of the slippery slope, and what a technological utopia such as the Shire might become if it grows too smart for its own good? Or is this all so much smoke, and Tolkien never thought about how advanced the little towns he'd seen and grown up in would really be when placed in a thoroughly medieval setting?
Posted by Neal Litherland at 6:59 PM

Buy Me A Coffee!

A Word From Our Sponsors

Another Word From Our Sponsors